Seoul, SOUTH KOREA – October 15, 2019: 10.30am (HWPL Media): Everyone attending the conference signed the International Women’s Peace Pledge and the Statement in Support for a Peaceful Unification of the Korean Peninsula.

This was to express their appreciation for the solidarity among 3.7 billion women as actors of peace and to acknowledge the importance of achieving the reunification of the Korean Peninsula for global peace and security.

With the signatures, the participants pledged to further promote the DPCW (Declaration of Peace and Cessation of War) and to continue efforts for a peaceful unification of the two Koreas.

The Role and Importance of the 3.7 Billion Women’s Network for Peace

IWPG Chairwoman Hyun Sook Yoon gave a speech which highlighted the important role given to the 3.7 billion women around the world. She urged women to take an active role as peace advocates along with the IWPG.

“Although we couldn’t be part of the independence movement, now we can be part of the peace movement — the greatest cause of our time, which can lead to the cessation of wars and a peaceful unification of the Korean Peninsula. Why shouldn’t we be the ones who protect the lives of our children and prevent any more lost lives? I ask you to send a call to action to the presidents of your respective countries so that they will sign in support of the DPCW and bring forth global peace and the cessation of war. Let your fellow citizens also see that the 10 articles and 38 clauses of the DPCW embody the solution for peace. Help encourage them to support the DPCW as you do and put the nation on track to becoming a leading country in peace works.”

Bongja Hong, an advisor of the National Unification Advisory Council of South Korea, stressed on the efforts for making the DPCW part of international law.

In her remarks she said, “the DPCW will change the lives of women, breaking free from sufferings caused by war and violence. It will change the world, building a society of safety and trust where children are safe to roam free. When 3.7 billion global women work as one to strongly urge the international society to make the DPCW an internationally recognized legal document, when women work as the eyes of peace monitoring state governments, then lasting peace will come to this land.” 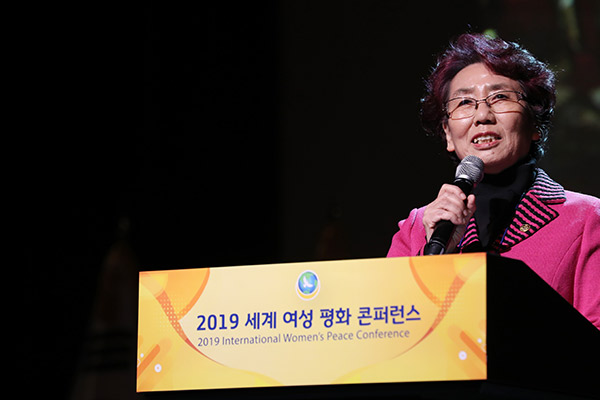 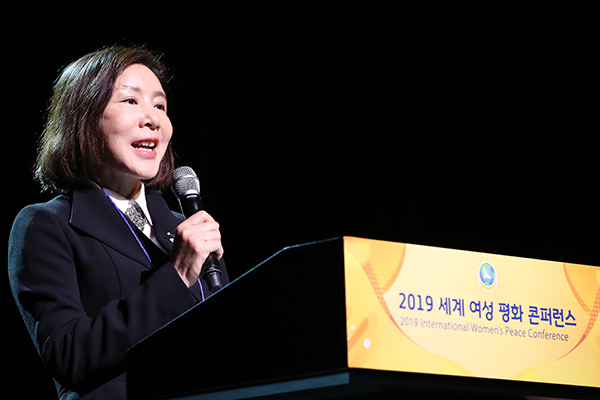 Jung Ha Park, the president of The Military Journal, spoke about the strife of women around the globe who are denied their basic human rights and unable to enjoy peace. On solutions to bring an end to war, conflict and terrorism, she said, “the 10 articles and 38 clauses of the DPCW were drafted by world-renowned international law experts. When the DPCW is adopted by the UN and made an official legal instrument, it will bring not only the peaceful unification of the Korean Peninsula but also the cessation of war across the globe, and it will open an era of peace.” 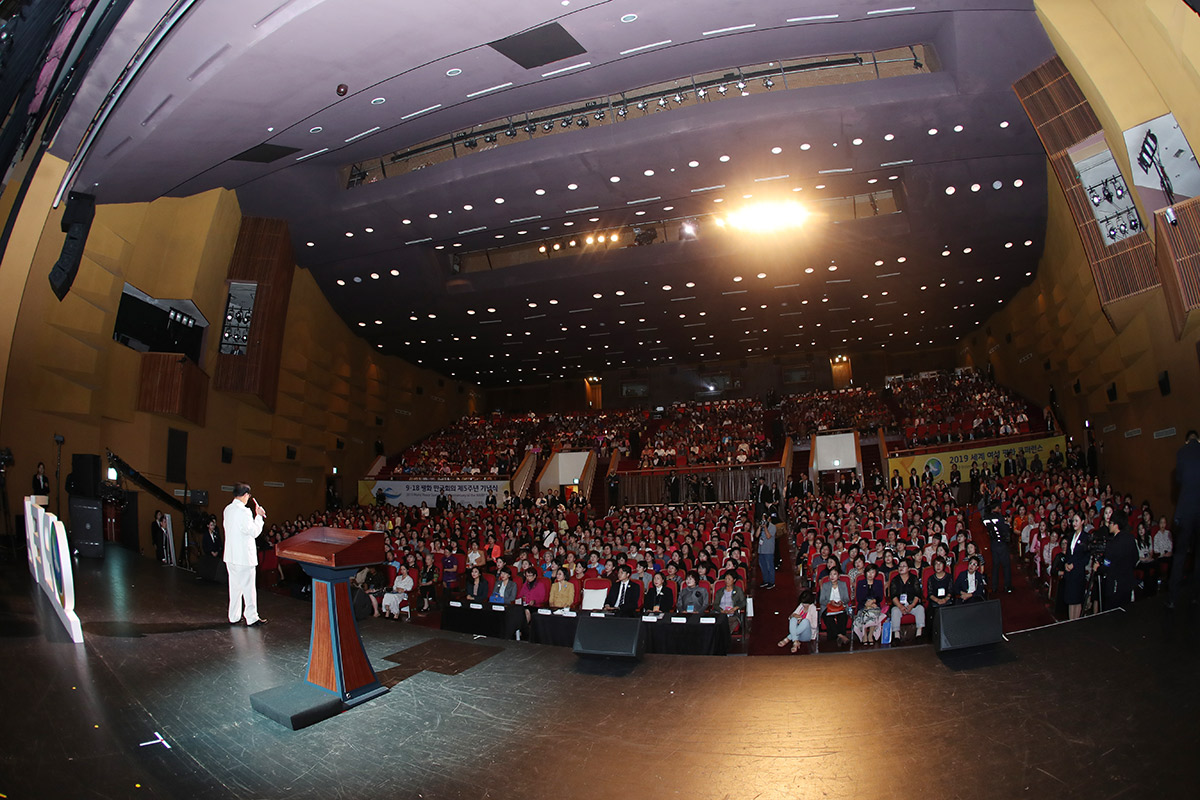 HWPL Chairman Man Hee Lee called upon the audience to join efforts. “Invite all women to join the IWPG family whichever country you live in, at schools, youth groups, at home, and even ask your presidents to do so.

“Everyone joined the work of HWPL whether they are politicians or religious leaders; former and incumbent heads of state, supreme justices, speakers of national assemblies, and university chancellors have joined HWPL as peace advisors; furthermore, heads of religious groups, NGOs, journalists, people from national TV stations are appointed HWPL publicity ambassadors for peace. Wouldn’t you say this is enough influence to bring peace to the global village?” Speaking of a strong solidarity of women, he also said, “This [peace work] will be written in history to last through time. Let’s bring all [3.7 billion women] to join the IWPG and build peace.”

Such remarks were followed by a ceremony to award the dedication and contributions of many peace workers with the appointing of Peace Ambassadors of IWPG, award for Outstanding IWPG Peace Committee Representative and the IWPG Plaque of Appreciation. The International Women’s Peace Conference is expected to build a wider peace network among women in South Korea and expand practical peace projects. 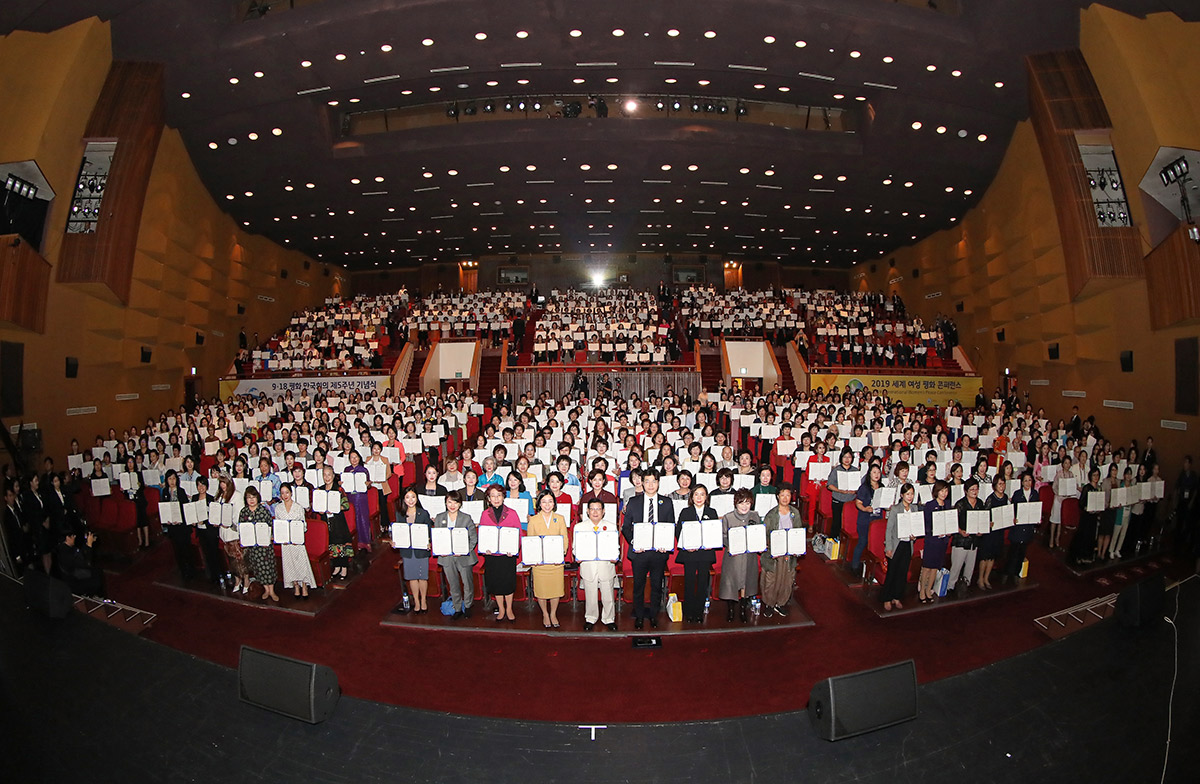 “Jesus said, 'Whoever believes in me, as Scripture has said, rivers of living water will flow from within them.'" John 7:38